New Board Appointments for the FAAGL

As I step into my new role as President of The Foundation of the AAGL (FAAGL), I want to first recognize the exceptional leadership of those who came before me and give special thanks to Dr. Shanti Mohling and Dr. Franklin Loffer for their dedicated service to the Foundation. I am also privileged to announce the FAAGL’s new Secretary Treasurer and incoming Board Members!

Allow me to express my sincere gratitude to Dr. Shanti Mohling for her leadership. During the last three years, Dr. Mohling and the FAAGL Board of Directors significantly increased awareness about the FAAGL by highlighting award winners funded through endowments, making continuous improvements to the FAAGL website, providing AAGL branded apparel when donating to the FAAGL and improving education for our fellows through new FAAGL grants received for the Funds for the Future program. She encouraged us in this challenging year by calling us “Badass Surgeons” and suggested that theme for our 2020 thank you gifts to our donors. Many donors were empowered by her message and gave to the Foundation to receive a Badass Surgeon Sweatshirt! Under her leadership, all board positions were filled with incredibly talented people with a passion for fundraising and the FAAGL.

In early 2020, the FAAGL Board of Directors participated with the AAGL Board of Directors and other “key” opinion leaders to work on a strategic plan. Shanti began the roll-out of the plan and despite having a difficult year due to COVID-19, she was able to set an example reminding us that one person can truly inspire us and make a difference.

Shanti, thank you for your service, leadership and for giving so much of yourself to the FAAGL.

I would also like to express my gratitude and recognize the extraordinary leadership of Dr. Franklin D. Loffer. Thank you Dr. Loffer for providing a lifetime of dedicated service to the AAGL and FAAGL. In addition to Dr. Loffer’s foresight and leadership in the AAGL, he was a significant contributor in the growth of the FAAGL and served as the FAAGL’s Emeritus Medical Director. Dr. Loffer recently stepped down from this role and on behalf of the FAAGL Board of Directors, I would like to thank him for his service and dedication. The FAAGL is looking forward to honoring him through a recently funded endowment in his name. This year, at the AAGL’s 50th Anniversary Congress, the FAAGL will be providing the first annual scholarship award under the Franklin D. Loffer Endowment.

It is my great honor to announce that the FAAGL Board recently approved the appointment of Dr. Charles Miller as Secretary Treasurer. Dr. Miller will serve in this position in 2021 and advance to Vice President (2022), President (2023) and Immediate Past President (2024). Currently, Dr. Miller is Professor of Obstetrics & Gynecology at Rosalind Franklin University of Medicine and Science, North Chicago, IL; Director of Minimally Invasive Gynecologic Surgery (MIGS) at Advocate Lutheran General Hospital, Park Ridge, IL; and runs multiple private practices. Dr. Miller is a past President of the AAGL and has served on the AAGL FMIGS Board of Directors and the JMIG Editorial Board. He has received numerous awards and recognition including the FAAGL’s 2018 John F. Steege Mentorship Award. In addition to his great deal of professional experience, Dr. Miller has a heart for the work of the AAGL. He and his wife, Laura, have been generous supporters of the Foundation for many years. Dr. Miller brings a great deal of experience, passion and commitment to his role and we are thrilled with his addition as a board officer.

FAAGL Board Director, Shannon Cohn, JD from Mississippi, was voted to receive a second term. Ms. Cohn is a dedicated FAAGL Board Member, an attorney, filmmaker, and co-founder of EndoWhat, a movement dedicated to educating and empowering people with endometriosis.

Also joining the FAAGL Board is Dr. Javier Magrina from Arizona. Dr. Magrina is Professor of Obstetrics and Gynecology at Mayo Graduate School of Medicine, has served on the AAGL and AAGL Fellowship Board of Directors, is a valued donor of the Foundation and has been recognized both internationally and nationally with many awards including the FAAGL’s 2019 John F. Steege Mentorship Award.

The Board welcomes new Director, Vadim V. Morozov, MD, FACOG, FACS from Washington, D.C. Dr. Morozov is Director of the AAGL Fellowship and Associate Professor in the Department of Obstetrics and Gynecology at Georgetown University School of Medicine. Dr. Morozov recently reached out to the FAAGL’s 2019 Hasson Award winner and was able to coordinate the donation of basic training materials and equipment to a country where this equipment was essentially priceless. Dr. Morozov is passionate about mentoring young trainees, particularly from under-developed countries.

I am pleased to welcome Dr. Lori Warren from Kentucky to the Foundation Board. Dr. Warren is double board certified in OB/GYN as well as Female Pelvic Medicine and Reconstructive Surgery (FPMRS) and is a partner at a private practice in Louisville. In addition, she is the founder of Pass the Pearls, Inc., a non-profit organization dedicated to educating women about minimally invasive gynecologic surgery and helping them gain access to quality surgical care.

We are ecstatic to welcome our new Board Directors and look forward to the great work ahead!  As we begin celebrating the AAGL’s 50th birthday, we are expecting 2021 to the be the most exciting year yet! Stay tuned as we plan to share some new announcements soon. 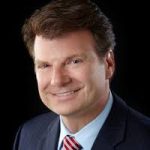 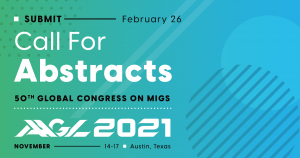