Doctors Most Challenging Case: Trials and Tribulations of Ovarian Transposition for Women with Cervical Cancer

In the past months we have featured cases and articles from AAGL’s Robotics, Hysteroscopy and Pelvic Pain – Special Interest Groups (SIGs) and in this issue, the Oncology SIG takes the spotlight!  The most difficult case has to deal with ovarian transposition for women with cervical cancer, pictured in the image below.

Thanks to all the AAGL SIG chairs, vice-chairs and members –  for the informative and timely articles and for supporting this exciting series!  If you would like to join an AAGL SIG in Urogynecology, Robotics, Oncology, Endometriosis, Pelvic Pain or Hysteroscopy, contact Seth Spirrison via email to sspirrison@aagl.org.  Your AAGL membership must be current and in good standing.

A 32-year-old healthy woman was diagnosed with an HPV-16 associated stage IB3 adenocarcinoma of the cervix a year following vaginal delivery of her first child. She desired ovarian transposition (OT) in advance of primary radiation (RT) with radiosensitizing cisplatin. Laparoscopic transposition of the right ovary anterolaterally along the right costal margin (see image) was uneventful. An enlarged pelvic lymph node (PLN) was uncovered during exploration of the left pelvic sidewall prior to left OT. Left OT was abandoned despite negative frozen section histology of the enlarged left PLN. Final histopathologic evaluation of the left PLN revealed an isolated 2mm micrometastasis.

As assisted reproductive technologies have evolved, delayed childbearing has become more common and large epidemiologic studies have raised awareness of the long-term health risks of premature ovarian insufficiency (POI). Preservation of ovarian function has become an important part of the discussion prior to cancer treatment for many women. This is particularly true for cervical cancer (CC), as over a third of US women are ≤ 45 yo at diagnosis and often face treatment with pelvic radiation. OT is the sole means for protecting the ovaries from gonadocidal doses of radiation by surgically relocating them outside of the radiation field. A recent review of the 2009-2016 MarketScan database suggested that less than 10% of women ≤ 35 yo undergo OT prior to pelvic RT for newly diagnosed CC. Underutilization appears to be related to gaps in fertility preservation knowledge, concerns about oncologic safety and lack of availability of surgeons proficient at performing the procedure [1]. However, as ovarian preservation is increasingly valued among patients and providers, guidelines for OT that take into account our current understanding of the oncologic safety, practice and effectiveness of OT are needed. For women with CC, these should include the following key considerations:

AAGL Thanks Our Corporate Sponsors 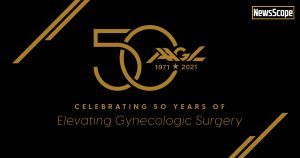 50th Global Congress on MIGS – Save the Dates! 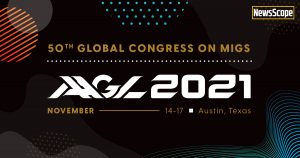